Could Universities Be Influenced by Foreign Governments?

“The influence of money is obviously immense, but I’m unfortunately going to take it back a step further from D.C…. into the academic realm,” Director of the Foreign Influence Transparency Initiative Ben Freeman said during an American Conservative panel discussion in Washington this week. “Foreign governments have spent over $9 billion in the last five years on gifts to America’s universities.”

Under the Higher Education Act of 1965, institutions of higher education are required to disclose gifts from and contracts with foreign sources greater than $250,000 in one year. Over the summer, the Department of Education began investigating whether universities are complying with these requirements. 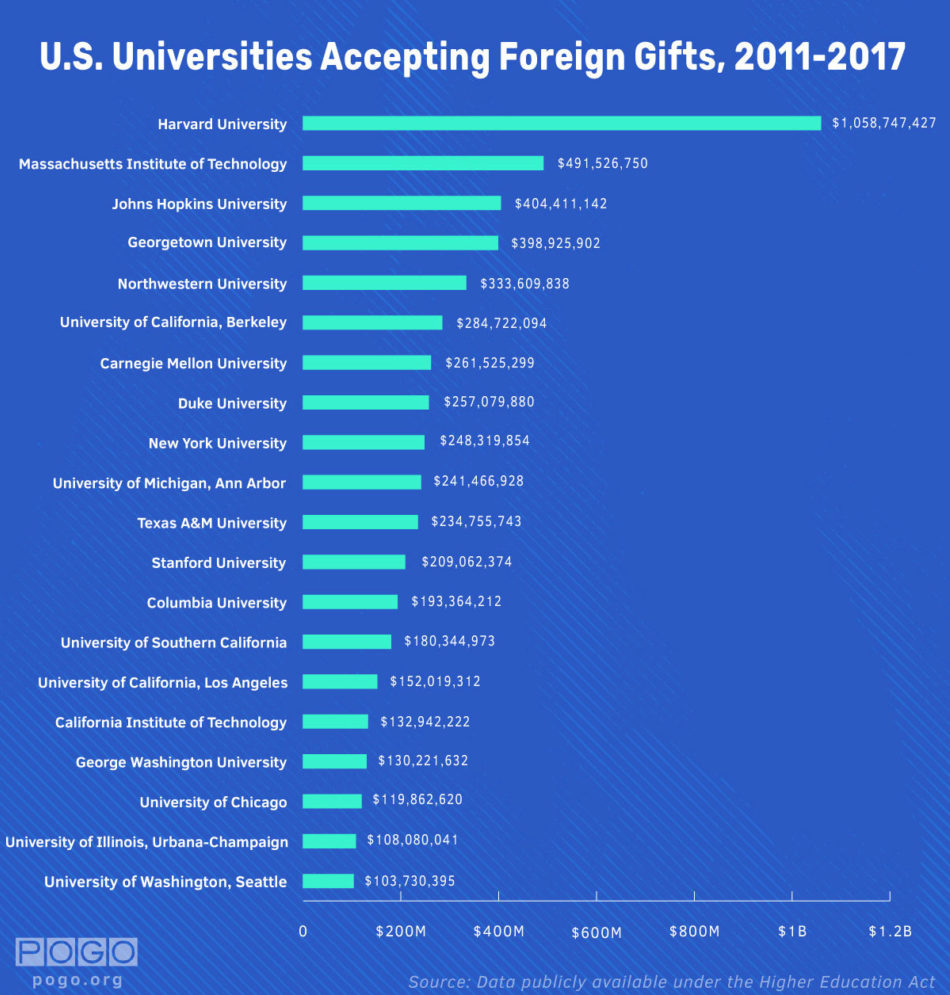 “We don’t know what that money actually buys on campuses…but we do know a lot of that money is going to fund some of these major academic programs that send [D.C. think tanks] their best and their brightest,” Freeman said. “Some of the finest masters programs in foreign policy are funded by foreign powers and a lot of those foreign powers have a very vested interest in a more militarized and more interventionist U.S. foreign policy.”

One particular area of interest has been the Chinese government’s spending on Confucius Institutes in U.S. universities. Confucius Institute is a public education organization under China’s Ministry of Education which operates on university campuses with a stated goal of promoting Chinese language and culture.

According to a report from the Senate Permanent Committee on Investigations, Hanban, a Chinese Government non-profit and headquarters for Confucius Institutes spent more than $2 billion dollars on Confucius Institutes worldwide. Several major universities such as Indiana University, The University of South Florida, and Arizona State University have severed ties with Confucius Institutes in the wake of intensified scrutiny of foreign influence on college campuses. According to data publically available under the Higher Education Act, China gave more than $426,000 to American universities, but that pales in comparison to amounts given by Qatar and Saudi Arabia.

11 Things to Know About Student Loans Before Going Into Debt

The Promise and Power of Grassroots Student Voting Initiatives

US Colleges See Lowest Increase In Tuition In Decades Amid Pandemic

Americans Divided Over Colleges Bringing Students Back to Campus

US Colleges See Lowest Increase In Tuition In Decades Amid Pandemic

Americans Divided Over Colleges Bringing Students Back to Campus